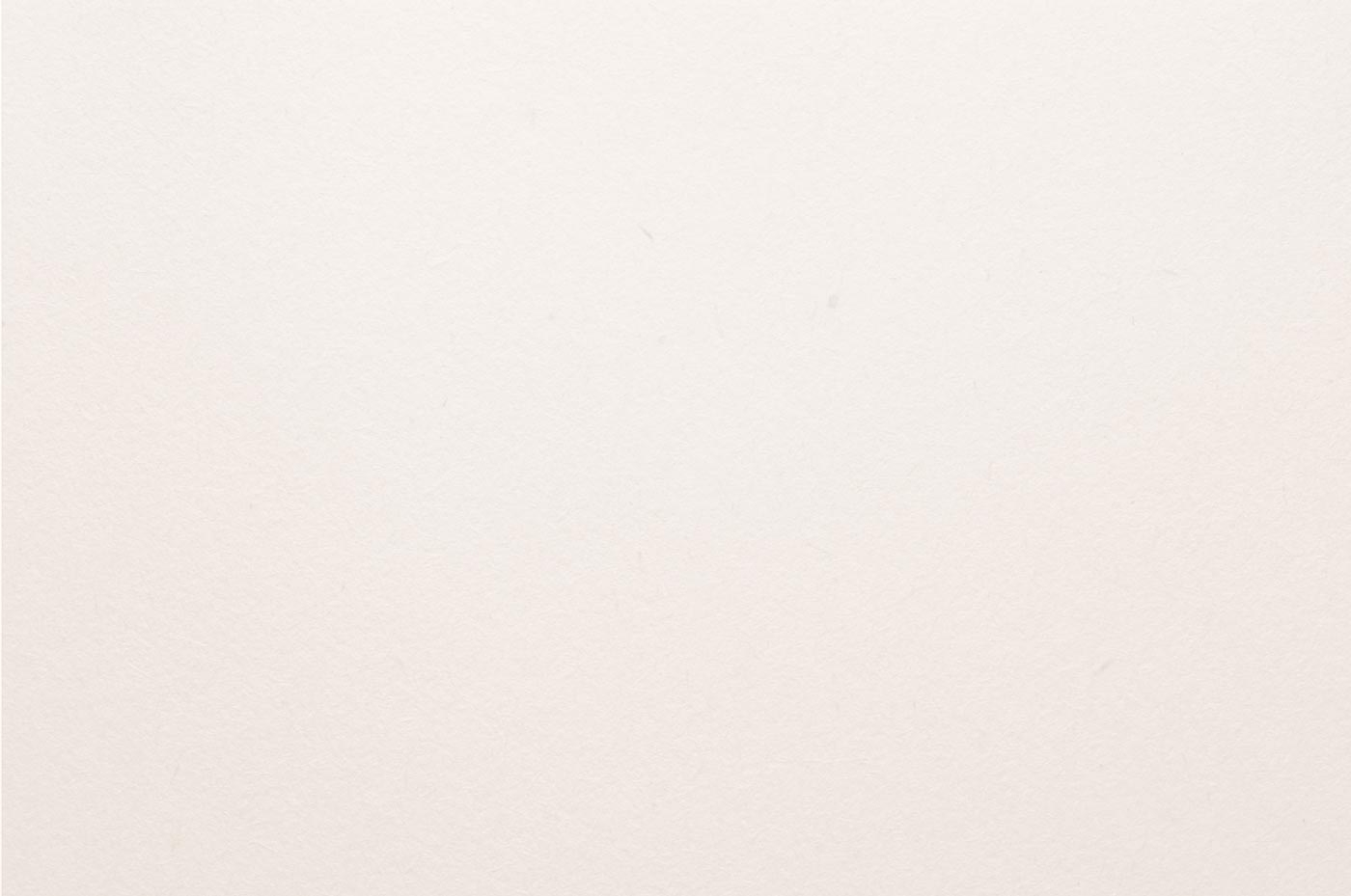 Tapping into the hidden reservoir of the brain

Magdalena Götz made a discovery that many of her colleagues found hard to accept. Time has proven her right, and now Götz plans to develop a therapy to replace lost brain cells. At the 1999 international neuroscience meeting, a 36-year-old woman astounded her colleagues. She claimed that glial cells, the supporting cells of the brain, could turn into nerve cells. Neuroscientists had previously tended to overlook the importance of these cells, so their general reaction that „it’s simply not possible“ was not unexpected.

There was a headwind, especially from the „alpha men,“ recalls Magdalena Götz. Götz, a petite woman who often speaks with a loud voice, occasionally slamming the table for emphasis, replied that she had been confident that all the results she had presented were correct. Since then, her revolutionary idea has found its way into the textbooks. And Götz is now working to exploit the potential of these constantly regenerating glial cells to replace lost nerve cells. This would open up new doors to the treatment of such brain disorders as dementia and stroke.

Magdalena Götz sits on an office chair, her right foot tucked underneath her, and plays with a strand of hair. Then with a few strokes, she begins to draw a graphic on the paper, glial cells on the left, nerve cells on the right. Her manner is highly concentrated, quick and purposeful. It is not difficult to imagine the 54-year-old biologist as a curious teenager.

„When she sees an objective in front of her, she does everything she can to implement it to perfection,“ says her father Lothar Götz, emeritus professor of architecture. He recalls how, as a teenager, Magdalena designed and tailored a dress in order to take part in a competition. She won, then she and her design moved on to the national competition, and finally progressed to the European competition in London, which she also won. When asked about Magdalena Götz’ drive, friends and colleagues invariably point out that once she grabs on to an idea „she pursues it with guts and perseverance“.

Magdalena Götz has an eye for details. In her leisure time she likes to classify plants. (Photo: Martin Nink)

“She would stand in the laboratory and simply do her thing”, explains Jürgen Bolz, head of the work group at the Friedrich Miescher Laboratory of the Max Planck Institute in Tübingen, Germany. Magdalena Götz wrote her diploma and doctoral thesis while participating in what was known as the „Bolz-Gang“; she was the only woman in this seven-person research team. The gang worked together, celebrated together, and in some cases lived together. Magdalena recalled that during the summer they would gather in Reusten, a small village near Tübingen where they would often party late into the night, playing with light-up Frisbees. As if she wanted to make it clear that she found time in her jam-packed life to have fun, she emphasized that she had had her share of kicks during this time.

At the age of 35, Magdalena Götz became a group leader at the Max Planck Institute for Neurobiology in Munich. Three years later she habilitated, and at 42 she became a director at the Institute of Stem Cell Research at the Helmholtz Center in Munich, Germany as well as the holder of the Physiological Genomics Chair at the Ludwig Maximilian University of Munich. She was honored with six awards, including the Gottfried Wilhelm Leibniz Prize, which has an endowment of 2.5 million Euros.

More daring than others

Perhaps she was a bit more courageous than others, and ventured into experiments with uncertain outcomes, recalls Bolz, now a professor at the University of Jena. Magdalena has an eye for discoveries that others may overlook. In her doctoral thesis, she did research on how nerve cell fibers grow from the eye into the cerebral cortex during brain development. At one point during the research, a piece of tissue from the cerebral cortex had accidentally been placed incorrectly in the culture dish. Other researchers might well have discarded the preparation, but Magdalena decides to look more closely. She noticed that the growing nervous system no longer took the direct route. The cell fibers had made a 180-degree turn in order to reach their normal destination in the inverted tissue. Thus, Götz demonstrated that nerve cells reach their destination by means of chemical signals – they virtually smell their way along, says Bolz.

After finishing her doctoral thesis, Magdalena Götz could not let go of one particular question: Is there a common progenitor cell from which different types of nerve cells are formed? At that time, Jack Price of the National Institute of Medical Research in London was one of the few researchers working with a technique that made such an investigation possible. Thus, Magdalena Götz found herself in Price’s London Laboratory. After three and a half years, her stay at the institute came to an abrupt end, which shows how tightly bound Götz is to her research. For her work, she needed mice which have a particular abnormal development in the cerebral cortex. It was possible to acquire them from Gottingen, Germany, but when technical obstacles threatened their importation, without further ado, she moved on to Gottingen and her mice.

It was in Gottingen that Magdalena laid the foundation for her first groundbreaking discovery. Using what is in principle a basic control experiment, she stained the cells of the developing mouse brain. According to the state of knowledge at that time, one would have expected to find special types of glial cells – radial glial cells – as well as progenitor cells for nerve cells. Götz says that she had only wanted to mark the glial cells with a color, but then she saw that all the cells had been stained. As a result, there was no clear differentiation between the two in the developing brain. This led her to the question of whether radial glial cells are perhaps neural progenitor cells.

A short time later she attempted to clarify this in her own laboratory at the Max Planck Institute for Neurobiology in Martinsried, Germany. In 1997, she was able to confirm her supposition. The discovery induced others to take up the cause. For example, University of California stem cell researcher Arnold Kriegstein trumpeted on his website, we have discovered that radial glial cells are neuronal stem cells. While Magdalena Götz had discovered the process in the culture bowl, Kriegstein’s team had made its findings in the brains of rats. But stem cell researcher Price points out that Magdalena had been the first. Price is currently working on a book about „brain repair“ and stands watch over the particulars of the research.

When she took over the Chair for Physiological Genomics at the University of Munich in 2004, Magdalena says that this introduced her to a new research field – brain injury. Therefore she placed particular focus on the potential of waking the sleeping cells in order to compensate for cell destruction in brain injuries. However, the brain seems to inhibit this possibility. Götz’ team showed that after an injury in the mouse brain, glial cells simply remain what they are – glial cells. It was only when the researchers transferred the cells from the brain into a culture dish that some of the glial cells transformed into nerve cells.

In order to repeat the success in the culture dish in the living brain, the researchers injected harmless viruses into the cells. The viruses activated different genes, which are normally active only during early brain development. The glial cells then changed into nerve cells – they had been successfully reprogrammed. At the beginning, the team succeeded in transforming only ten percent of the treated glial cells. The researchers needed to devise another trick: they activated a protein that helps the glial cell master the challenging transition to the metabolism of a nerve cell. Thus, they were able to increase the rate of transformation to 90 percent. Their results have been reported recently in the journal Cell Stem Cell.

A path with pitfalls

For Götz, every discovery raises a new question. Can the fledgling nerve cells replace the lost ones, with all their functions? The latest data indicate that immature nerve cells transplanted from the embryonic cerebral cortex into the injured region of an adult mouse brain actually take over the function of the nerve cells that belong to the site. For example, a cell inserted into the visual center of the brain reacts to orientation stimuli.

Götz pushes forward on a reprogramming of the glial cells already present in the brain. Whether this also leads to functional nerve cells is still open. The ultimate goal is to provide the brain with the ability to regenerate after an injury. Then, for example, stroke victims whose vision has been impaired could recover some of their lost sight, and patients with Parkinson’s disease could recover some of their mobility.

However, until the research can be applied in a clinical setting, success is still some distance away. Götz does not expect to see the final results of her discoveries during her professional lifetime. Many researchers point out that the neurosciences have aroused great expectations for decades, but have provided few concrete cures.

Intervention could be harmful

Sebastian Jessberger from the Institute for Brain Research at the University of Zurich points to a possible problem with Götz’ approach. The basic idea of re-creating nerve cells is fantastic. However, the inability to completely regenerate brain cells is probably the price our brain pays for its complexity and high performance. For example, nerve tissue that heals after an injury can protect against further damage. However, the artificial development of new nerve cells could also exacerbate a disease. Experiences with the transplantation of stem cells in the brain of patients with Parkinson’s disease have demonstrated that new nerve cells can occasionally have negative effects, and thus aggravate motor disorders.

Does Götz‘ method run contrary to nature’s protective mechanism for the brain, and does it open a Pandora’s box in our highly complex organ of thought? Götz says no. Humans do not produce nerve cells that grow because there has been no selective evolutionary pressure to do so. The only exception is the hippocampus, a section of the brain that play an important role in memory formation. Here, new nerve cells develop throughout one’s life. Götz points out that no one has become dumber because of this life-long process. There is no good reason to speak out against a reactivation of the regenerative capacity of brain cells, although the majority of researchers do just that. As her previous successes show, Magdalena Götz has the requisite courage and perseverance to get this reactivation on track.

appeared 21th of October 2016 in the Neue Zürcher Zeitung